I came away from this summer’s writing retreat feeling different, less disappointed in myself. I felt as if something clicked. But what?
Over the last six years or so, my writing coach/editor, Judy, has been running an annual writing retreat for several of her clients. We’re a small group, no more than half a dozen at a time, including Judy. Cindy, Kathy, Wendy, and I have become the nucleus, an inner circle of close friends. Sue used to be a part of the core group, but hasn’t participated in the last two workshops. Every summer we welcome one or two new participants. David one year, Amy another, and Marcie.
Elizabeth was Judy’s latest recruit, attending the last two times. A newcomer, not knowing the drill, she was anxious her first time. But this past summer, knowing what to expect, she was much more relaxed this past summer, she became part of our circle.
During the retreat, we get together every morning for an intense session, where Judy assigns us writing exercises to improve various aspects of our writing. I enjoy some of the exercises more than others. There are always one or two I find I have no love for, like the more visual activities, such as clustering exercise and map making. Though this time around I enjoyed them more than in the past. 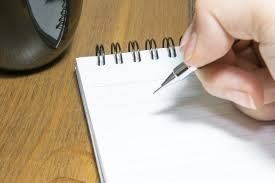 Until this past year, after the second day, my brain was reluctant to cooperate with me, sometimes fully shutting down, no matter how hard I tried to keep up with the group’s pace. At various points, I found myself zoning out, incapable of following Judy’s instructions and lessons.
But this summer was different. This year, though extremely tired three days into the retreat, suffering a horrendous headache during the third day, the bloody brain allowed me to keep up throughout the workshop, except during one of the activities. However hard I tried, I just couldn’t drag myself from the void back to my surroundings.
The rest of the time, I was very much part of the pack—I felt more present, as if there was an inner shift in my mind, as if some piece of a puzzle clicked into place. Thinking back, I realized that I’ve been better grounded in my writing experience during over the past few months.
I experienced several epiphanies during my time at the retreat. Sitting down to write whenever the muse struck me was accessible—I didn’t need to wait until a decent chunk of time came my way. It was okay to write on a whim, a few minutes here and there—a quick haiku, a paragraph, a brief stream of consciousness. I also finally accepted the fact that even when I was on a roll in my writing, there came a point where I had to quit—if I wrote too far into the night, I wasn’t be able to sleep.
Unlike in previous retreats, I was able relax and have fun with my writing—the anxiety over being judged was no more. Though it was nice when my writing evoked reactions such as laughter, visualization, or reflection. I was thrilled when I actually managed to cause utter disgust, as I had hoped.
I’m not sure what changed.
I know I wasn’t better rested than in past retreats—because of a ridiculously packed couple of months prior to the workshop, I was in worse shape coming into it than usual.
Was I further along in my healing, better able to manage my deficits? Had my ability to pace myself become more effective? Was my growth as a writer more evident? Was I more comfortable in my own skin?