Was it Cindy’s idea or mine? I think I was the one who came up with, “You don’t want to hear a neurosurgeon saying “oops!””
She was definitely the one who suggested: “That was cool. Now, can you make her leg twitch?” 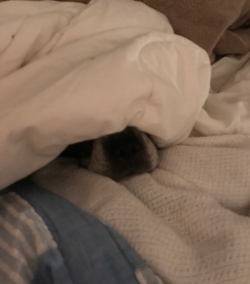 One of her coworkers offered: “Are you sure she’s asleep?”
When I told Jonathan that we were putting together a list of things you don’t want your neurosurgeon say, he chuckled. “Hold on. How did it go on Grey’s Anatomy?””
We laughed through our fear of my upcoming brain surgeries. Even after the first surgery, I joked. While waiting in Recovery, I tried to come up with something funny to say to Mum, Jonathan, and Bill when they showed up. “Who are you?” and not wanting to alarm them, I immediately added, “I’m just joking.”
Mum and Jonathan told me after the fact that I was grumpy after the second surgery, probably because I felt so awful. Yet I continued joking. Throughout the day, neuro-types stopped by to check on me. It didn’t take me long to become bored with their questions. How could they expect me to know what day it was—I’d been in hospital for a few days and underwent a couple of brain surgeries.
I tried to contain my irritation when they asked, “Do you know why you’re here?” because I understood the reason behind it. But when they reached, “Who is the president?” that was it. I was done! “President Cohon.” (Jared Cohon was the president of Carnegie Mellon University, where I worked.)
I laughed through rehab as well, teasing my physical therapist, Keith. He was a prime target—he took himself so seriously. I continued to smile after I was taken back to the Neuro-ICU because of a CSF (Cerebral Spinal Fluid) leak from the site of the brain-stem surgery.
But the third surgery was different. 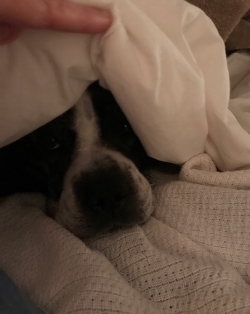 By the time I completed my stay in patient rehab, I was ready to rejoin humanity, to pick up where I had left off. And then the third surgery happened—an emergency, a complete surprise. Unlike the previous two, I didn’t have time to sure up my defenses, to hide behind the laughter. All my jokes dried up. I could no longer luxuriate within denial.
I didn’t return to inpatient rehab after the surgery, as I expected. I was in bad shape—once again confused, my balance compromised. And instead of looking forward to going home, I was afraid, terrified of what lay ahead of me. I was scared that I wouldn’t be able to fit back into the world I had known before the bleeds. I felt branded by my scars, I was fearful of the pity I might see in peoples expressions.
It took a few months before my laughter returned, but it was tired, half-hearted.
In time the laughter became authentic, more authentic than it used to be, ever, even in my previous life. I no longer felt the need to hide behind my jokes, or at least not among people who knew my story–friends, family, students, coworkers.
I am more honest with myself. I am more authentic. More me than I’ve ever been.