Why won’t he help himself? Why doesn’t he bring his hands out from under the blanket?
His bed is so weird—a box, covered with a thin blanket, pulled tight. Tucked in so neatly, too neatly. Hospital corners. 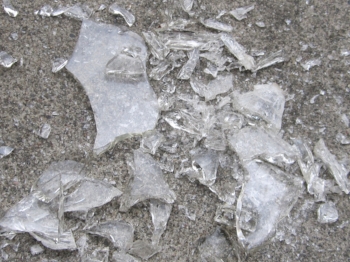 All the other soldiers were laughing, chatting. Propped up in their rumpled beds. They wanted the candy I offered. Or did they? It was lousy. Cheap—I wouldn’t have taken any. Were they just being polite? Just tolerating us, a bunch of thirteen year-old girls dressed in our khaki scout uniforms, coming in to cheer up the wounded soldiers, to give them candy.
What were we thinking? Who came up with the idea anyway? Our troupe leaders? What were they thinking? Didn’t they realize we’d probably come across some like this one? Horrific, terrifying.
I almost walked past it. No one mentioned this room. Was I not supposed to go in? But I was curious. The bed was weird. Why was it so quiet in there? But no, the voices were just soft.
I rationalized. It wouldn’t be fair to skip this room. All the others got candy.
Why didn’t I leave as soon as I realized there was something very wrong? I wanted to see. The bed was high, and he was lying flat. I took a step closer, then another. I rounded the corner of the bed. And froze.
The soldier’s eyes were wet and glistening. An impossible black. I remember fixating on his eyes.
Why am I remembering this now? What triggered it? I search through the files in my mind. Oh yes, memories of trauma and confusion, of panic and fear. Not knowing what to do, seeking help where there was none. Memories of the early days after the brain bleeds, all those hospital stays, the seizures, the brain surgeries.
And there I was, remembering another hospital, more than four decades ago, during the Yom Kippur War. Another traumatic event. Another memory of fear, of a burnt soldier. Had he been trapped in a burning tank?
I stood frozen. I couldn’t look away from his eyes. Twin pools of darkness. Almost overflowing. Like a still black sea at high tide. Almost contained. Mostly contained. Weird, wrong.
The rest of his face was horrifying. A patchwork of mustard yellow and pink. Or was it red? Scars? Raw flesh? I don’t remember. The mustard yellow I remember, vividly. A still mask, with a sheen. Like shiny rubber. Not sweat.
I recoiled inwardly. His face repulsed me, I was terrified by his hideous shell. My thoughts and emotions were everywhere and nowhere. Was I shocked? Afraid? The only coherent thought in my mind was about giving him that candy. All other thoughts were only partially formed as they scurried around in my mind, out of reach.
A crumpled brown paper bag filled with lousy candy in my hand. Why didn’t the visitor come to my rescue? If he’d only reach for it, this ordeal would be over. Why wouldn’t he?
A tableau: the soldier, his visitor, and I, frozen, suspended in time and space.
The soldier and his visitor, their eyes are locked onto mine. The visitor, his mouth open, his eyes round. The soldier, his face… His nose… Where is his nose?
I want too look away. But his eyes draw me in. I want to do something, to react, but all I am capable of is a lone whimper. I don’t understand. Why? How? What? Why am I here? How do I..? What am I supposed to…?
I clutch a crumpled brown paper bag in my hand. Why do I have a bag in my hand? A bag of candy. Lousy candy. Candy for the soldiers. I’m supposed to offer it to him, to hand him the bag so he can reach in— Why isn’t he moving to take it? Why isn’t his visitor helping me? He too is frozen, his mouth agape. I’m only a kid. He’s the adult. He should be helping me.
I stand for an agonizing lifetime.
A hand appears from behind me, grabs some of the candy from my bag, reaches out, and drops them onto his nightstand. They fall with a patter, a couple bounce.
And the spell is broken.