What if they insist on giving me Kepra, one of the commonly prescribed anti-seizure meds— No. I couldn’t. It didn’t feel right when they gave it to me in hospital. I’m not sure why, in what way. It just felt wrong, really really wrong. I refused to take it. Instead, they increased the Lamictal—I didn’t have any trouble with the Lamictal. Maybe headaches, but not cognitively,or emotionally. 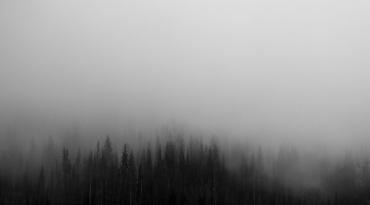 Eric, who spoke from experience, told me that when you get off any anti-seizure med you feel so much better, as if a veil had been lifted. Like donning a new pair of glasses. Could it be that the Lamictal has been befogging my without my realizing it?
When my kids were little, both toddlers, I remember Sue, a close friend, telling me that I’d feel much better when they started sleeping consistently through the night. She said that maybe I didn’t feel like I was living in a haze right now. But once I was better rested and I emerged into clarity, I’d see in retrospect that during the toddler stretch I had been barely functioning in a fog.
She was right. I was amazed when I finally woke up how bad it had been before, and how good it was now. Would that truly happen if I went off the Lamictal? No way. sure that I’m fine cognitively, or as fine as I could be in the wake of the brain surgeries. Or am I?
But the thought of experimenting with new meds… I was sure it would mess me up, affecting me cognitively, emotionally, or whatever… I recoiled from the thought.
Then it occurred to me—what about no meds? Not even Lamictal? After all, I’d more or less decided that I was done with driving, forever—no matter what the prognosis is with these seizures, I’ll always be at high risk. And other than the two seizures I had in hospital, none had been grand mal seizures. I had’t fallen and hit myself at any point. Perhaps it’d be okay to go without meds.
If I quit taking meds, I’d probably have to ramp up the antidepressants… But no anti-seizure meds might cut back on the headaches, significantly. What about clarity of thinking? Though I really didn’t feel like I was living in a fog, but maybe I had been, and if it were to be lifted, the sky would be the limit.
It couldn’t hurt to ask the epilepsy monitoring unit people about it.