I could not get up, literally. I couldn’t move. I was lying on my right side in an uncomfortable position, but when I tried to shift to the other side, I couldn’t. I tried to raise my head, but it wouldn’t. I was in a weird state of mind—not afraid, just a bit puzzled. I must have fallen asleep at some point because next time I looked at the clock it was two hours later.
I didn’t remember the incident until later in the day, while I was on the phone to Cindy. And as I described it to her, I made a connection—during most of the seizures I suffered, I couldn’t move. Had I experienced a seizure? I did have a bit of a light show as I was falling asleep that evening—bright flashes of light. I thought that perhaps they were auras associated with migraines, or perhaps I just imagined it. Perhaps not.
I woke up at 11:00 a.m. a few mornings later, and the next day around noon. In both cases, I stayed groggy for a good hour after I woke up. I lay in bed, my mind drifting here and there, every so often, making unsuccessful attempts to function and get up. As I tried to degroggify myself the second morning, it occurred to me that this had been going on for a while.
I wondered why this change in my routine. Something in the back of my mind niggled at me. I’d experienced this level of grogginess before, during the early days after the bleeds. Could this be a— No. No way. The flu? Maybe. Maybe not…
A couple of weeks later, I underwent another change in my sleep pattern. I started waking up somewhere around 6:00 or 7:00 a.m., but within the next hour or two, I desperately needed a nap. A few days days into this new pattern, I recalled that I’d gone through a similar stretch during my first few months in recovery. 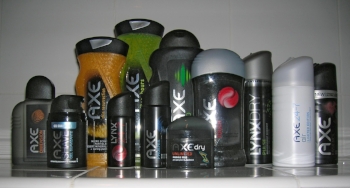 And a week after that, again on the phone to Cindy I started feeling woozy, weird, and suddenly really really tired. I could only speak very softly, almost inaudibly. Cindy recognized the symptoms—the first seizures I suffered exhibited the exact same symptoms.
Throughout this time, I occasionally experienced a light show. Sometimes the lights were yellow, other times white, and every so often the light had a blue tint to it—quick sharp jabs of light, blurry blobs, gradated, emanating from a focal point in concentric circles, fireworks.
Seizures? Did I need an anti-seizure med adjustment? Or, dare I verbalize it–a new bleed?
Every time I become aware of a chain of bad brain days, my first thought is that I’ve had another bleed.
I’ll always have an axe hanging over my head. That’s the nature of the beast, this disease—cavernous angioma.
I lead an interesting life. Sometimes a tad too interesting.