“This is an official Notice of Recall of Your Driving Privilege as authorized by…”
Seeing the envelope from the Department of Transportation, I assumed that something needed to be renewed, my driver’s license, registration, something. But then I realized that I shouldn’t be due for any renewal. Curious, I opened it.
I read and reread the first sentence. It had to be a mistake. I couldn’t have possibly been charged with a DUI—I don’t drink. I checked the name—it was addressed to me. It must be a case of mistaken identity. I continued reading. I didn’t have to read past the second sentence “…has received medical information indicating you have a General Medical and Seizure condition.” It was no mistake.
I couldn’t breathe. This was it. It was official. 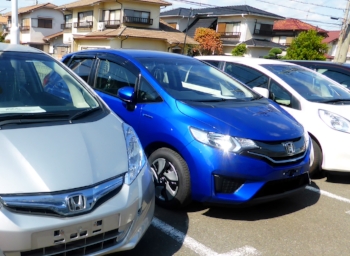 To me it had become official a few weeks ago, when Kelly, the nurse practitioner in my neurologist’s office, told me I shouldn’t drive. I haven’t driven since then.
But this was different.
I read further. I had to return my driver’s license. My heart sank. But why? I’d been upset when Kelly uttered those life-changing words. But once I’d got over the initial shock, I’d felt resigned to it—in some sense I’d known for years that I shouldn’t drive. I’d known that I was at high risk fro seizures. But all that time I’d told myself that it had never been clear cut that they were true seizures, that my neurologist would have told me if it was a “real” problem.
Why did this feel worse? Hadn’t I accepted it back then, a few weeks ago? I had already stopped driving. What was the big deal? Nothing has changed. It didn’t make sense. Why were my tears so close to the surface? Why were they streaming down my cheeks?
Why?