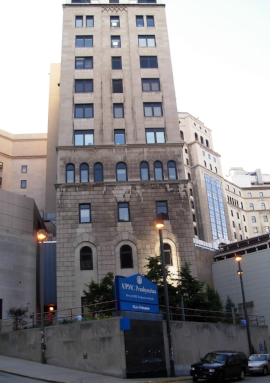 I gulped and sat up.
The scheduler continued in her cheery voice, “It’ll be a three to five day stay in hospital.”
Yikes! Three to five days!? At my neurologist’s office they said one to three days, and given my history, they were sure it would only be one day.
“We don’t have anything until March.”
I set it up for the beginning of March—I wanted to get it over with as soon as possible. I got off the in a daze, my mind stuck at the length of my forthcoming hospital stay. Three to five days! My thoughts were all over the place, in slow motion.
I’ll have to arrange for a substitute to teach my classes. How many lectures would that be? I looked at my calendar and realized that I’d be traveling to Israel three days later. That’ll certainly make the trip more interesting. I’ll phone Rache and see how bad the procedure really is.
Rachel, my younger sister, like me, experienced epileptic seizures. In my case, I hadn’t undergone anything more than a few EEGs. No sleep deprivation, no monitoring with a video while measuring brain activity. Rachel had gone through the whole thing, and had told me how awful it made her feel.
Now, it was my turn. My neurologist wanted me to go through the entire battery. I’ve been on anti-seizure meds for more than nine years now, and recently it seemed like my epilepsy has been rearing its ugly head. Apparently, it was time to figure out where exactly the seizures were coming from. Given that I have quite a few cavernous angiomas scattered throughout my brain, there are plenty of possibilities, my right parietal lobe, temporal lobe, occipital lobe, anywhere really. In addition, this would be an opportunity to consult the specialists at the Epilepsy Monitoring Unit aboutmy meds.
Unfortunately, EEGs don’t always determine the occurrence of seizures even for patients who suffer severe epilepsy. It’s a matter of being in the right place at the right time, or the wrong place at the wrong time, for that matter. It depends on the location of the electrodes and the timing of the seizures. It’s not unusual for seizures to go undetected during a twenty minute EEG, even throughout a twenty four hour one. Hence the idea of being monitored in hospital for a longer period of time.
Rachel was at my parents’ house when she answered the phone. I tried to make some small talk, but only managed a couple of sentences before I told her about my upcoming hospital stay. She yelped, “Three to five days?! Why? I was only in for one and it was terrible.”
She told me that she wasn’t allowed to sleep the night before she went in, and she came out feeling awful, with a horrific headache that lasted a long while. “There’s no way you can travel right after that.”
I phoned the Epilepsy Monitoring Unit. “I need to reschedule my stay.”
I’ll do it sometime over the summer, while I’m not teaching.