Without warning, the universe exploded.
I couldn’t see. I couldn’t hear. My entire world had become pain. The pain had no orientation—it had no location, no direction, no measure. It defied words.
I was pain.
Another explosion, and the pain intensified. But now, there was orientation, location: it was in my head, and it was beyond excruciating.
After a week in rehab, I experienced a grand-mal seizure, symptomatic of a CSF (crebral spinal fluid) leak from the site of my brain stem surgery. In order to promote self-healing, the docs drained some of the fluid cushioning my brain to cut back on the pressure at the site of the leak. Since the body keeps replenishing CSF, draining it was a continual process. Occasionally they drained too much and my universe would explode.
It didn’t do the trick. I ended up undergoing a third surgery.
The lumbar drain headaches were the worst I had ever experienced. Or perhaps they were on par with the headaches that marked the brain bleeds. They were certainly the worst I’ve had since the surgeries. Now, no matter how bad, my headaches have direction, orientation. Not only can I tell they’re in my head, but I also know which side. 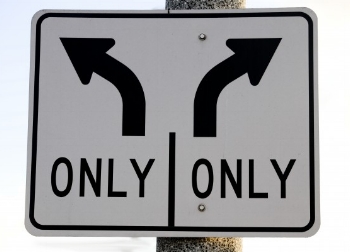 My migraines used to be mostly on the left, but since the brain bleeds they’re not consistent. One day the pain will be on the left, and on another on the right. Last Saturday I experienced something new.
I woke up in the morning with an excruciating left-sided migraine, every movement exacerbated the pain. I downed a water bottle, (sometimes that helps to take the edge off) then lay still in bed in the hopes of that it’ll wane a bit. I dozed on and off for a while.
A phone call got me up and out of bed. I felt terrible. The pressure in my brain was horrific. I moved gingerly into the afternoon.
On the way to meeting a friend for lunch, I noticed that my headache was now concentrated on the right hand side. As I waited for her in front of the restaurant, I actually felt it move from the right to the center then to the left.
After eating some protein, I got a reprieve—the headache retreated sufficiently that I had less trouble thinking, communicating, and moving. But a couple of hours later, it returned with a vengeance, on the left. At one point I noticed that it had moved to the right. Throughout the duration it traveled back and forth a few times.
I marveled that I could pinpoint its location, and remembering the all encompassing headaches while I had the lumbar drain in hospital, I realized that I was very fortunate.
I hope to never experience headaches like that, ever again. Or pain like that anywhere for that matter. I wouldn’t wish it on anyone.