Dear Bloody Brain,
Sometimes I wonder where it all started, where you came from, when you showed up in my brain. 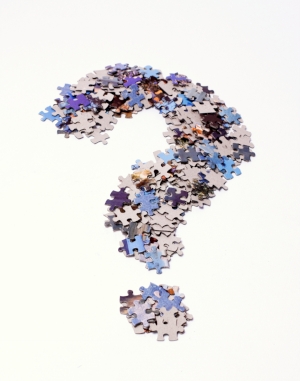 For some reason, my mind keeps veering towards the belief that you came through Granny, my paternal grandmother. Dad has a couple of angiomas and Mum has none,  so I know the angioma gene came through him. My question is whether Dad inherited it via his mother or his father. I’m not sure why I think Granny had the angioma gene. Perhaps it’s because I didn’t like my grandfather, and adored my grandmother, and I’d rather believe that anything I inherited came from her, even the bad stuff.
I also wonder when you started emerging. Were you already present in my brain at birth, or was it later on? Did you start as a bunch of tiny angiomas, some of which grew through the years? Or did they nucleate later, as my body was exposed to the environment, polluted by so many harmful hazards, including various forms of radiation? Was it a hormonal related issue–as I went through puberty or my pregnancies? Or did you show up earlier?
I’m not sure why I wonder about our past.  Could it be merely part of quest to understand what happened to me? Maybe it’s because I worry about the possibility of the gene passing on to the kids and causing them trouble.Perhaps it’s just my inquisitive nature.
Where did you come from? Who are you?
Me