I drifted towards the light, a white, pure light. I wanted to become one with it. I felt warm, at peace. I was. Time was irrelevant. Until I realizedI was floating in place, no longer drifting upward.
I was vaguely disappointed as I regained awareness, awakening into a dark room, my room in rehab. I was disoriented, confused. Where was the light? Where was I? What had just happened?
I felt detached from the world around me when I emerged from the grand-mal seizure. I was an outsider, baffled, numb.
“You’re going to the neuro-ICU.”
What? Why? I didn’t understand. I was supposed to be discharged from rehab the next day. I was supposed to be going home. I couldn’t go back to the ICU. I was done with all that. “I’ll be coming back here, won’t I?”
I relaxed when the nurses assured me that I’ll be returning to the rehab center when all this was over. Whatever this was.
The numbness and confusion stayed with me for several months, through a third brain surgery, my return home, early recovery. That same numbness, detachment, resurfaces every so often. I am still trying to understand what happened to me, what is happening to me, why it won’t go away.
I occasionally wish someone would rescue me, take the bloody brain away. 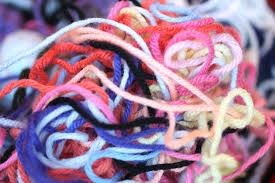 Hold it! Why am I writing about wanting to be rescued? Though true, I don’t see how I got there.
I’d been writing about other events where I wanted to be rescued. The time when I was thirteen and found myself in a hospital room with a burnt soldier. I’d been distributing candy among the the wounded soldiers from the Yom Kippur War. Somebody had the brilliant idea to send us, a group of girl-scouts over to Rambam Hospital to cheer up the soldiers. And there I was, in a white hospital room, white walls, white bedding, white lighting, with a burnt soldier and his visitor. I stood frozen, my bag of candy tilted towards him, with no clue what to do, wishing the visitor would rescue me and reach out for the candy.
I’d been writing about the time when I tried to understand how a friend, Menachem, had fallen to his death. I was seventeen, on a hike with my boyfriend, Amir, and Menachem and his girlfriend, Naomi. Naomi, Amir, the EMTs, and the police officers tried to protect me from the horror of Menachem’s death, from the sight of his broken body, his brain spattered across the rocks.
I’d been writing about my first grand mal seizure which took place between my first two brain surgeries, when I was forty seven years old.
I’d been writing about the numbness I felt after these events, my difficulties processing them. Except that I felt no numbness after that seizure. I knew exactly what happened and I knew about the possible implications, that the neurosurgeon might postpone the second brain surgery to six months away. No, I didn’t feel numb. In fact, I was very much grounded—I was swearing. I didn’t want to postpone the surgery. I wanted it over with so I could move on and start rebuilding my life, a life that had been brought to a halt by my brain bleeds. I’d been writing about numbness, a numbness I felt after my encounter with the burnt soldier and after Menachem’s fall to his death.
And my story of my second grand-mal seizure, which occurred the day before I was to be discharged, slipped it, near death experience and all. I definitely felt numb after that one, confused, incapable of processing it and the third surgery that followed it.
Three events, the burnt soldier, Menachem, and the near death experience. Three traumatic events, intertwined in my mind, tangled.