I remember watching an episode of the show “Charlie’s Angels” with my grandmother, Bubbe.
Throughout the show, Bubbe kept peppering me with questions. “Why did she shoot him?” and “Where are they now?” And whenever the villain made an appearance, she interrupted our dialogue with “Wicked, wicked man.”
I knew that Bubbe, though naive in some ways, was not a stupid woman. I was amused by the her behavior, but I was also puzzled. It was only years later I realized that she had a very short attention span.
During the first week after my brain stem surgery, I discovered that I was unable to read. I didn’t forget the mechanics of reading—I identified and understood each word separately, but I couldn’t string them together into a sentence. When my occupational therapist asked me to explain the meaning of a sentence, I had no answer. 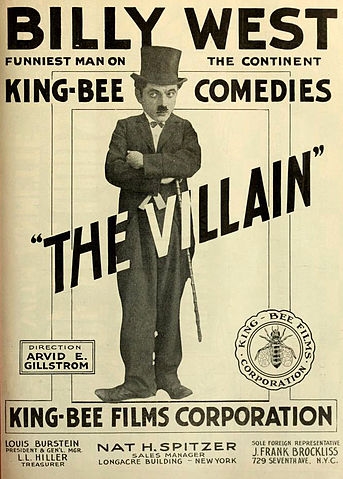 commons.wikimedia.org
II was terrified I would never read again. I struggled to keep my fear deep down in the recesses of my mind, but every so often it would surface–before the surgeries, I’d been an avid reader.
At the time, my occupational therapist theorized that my difficulties were due to a combination of short attention span and appalling short term memory, both very common side-effects of brain injury.
Within a couple of days, the situation improved. I was able to comprehend sentences, then paragraphs, and by the time I left the inpatient neuro-rehab center, I was able to read entire chapters.
After I returned home, I discovered I could no longer read densely worded books. But once I acquired an e-reader, where I could limit the number of words per page and the density of the print, I once again became an avid reader.
But I still have trouble keeping track of plots and characters in long books. I often have to reread parts of a book, sometimes more than once. There are times when I give up because no matter what I do, it doesn’t work. (I never had such issues before the brain bleeds.)
It’s the same with movies and TV shows—throughout, I constantly pepper Daniel with questions, trying to understand the plot. I used to ask him to remind about the roles of some of the characters as well. But I’ve stopped–I’ve reached the conclusion that if I can’t keep track of the characters, it’s not worth the effort. It’s certainly not worth interrupting the flow to the point to make matters even worse.
I have to keep reminding myself that my difficulty is not due to stupidity but because I have a short attention span, like Bubbe’s.
Unlike Bubbe, I don’t interrupt the movie with “Wicked, wicked man.” whenever a villain makes an appearance.