Bloody Brain: You seem to be doing pretty well these past few days, at least most of the time. I was a bit worried after the CMU suicides…
ME: Yeah. I guess I found my joy. Life does that you know. Things happen, you can’t help but see the good stuff.
BB: There has been a lot of good stuff recently, hasn’t there? 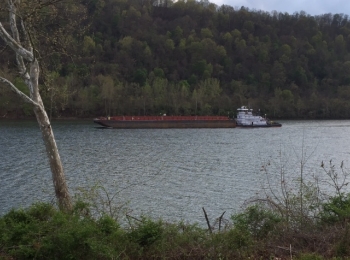 On the way to the polls.
ME: Let me think. Oh yeah, I see what you mean. There was Daniel’s defense. That was fun. Even though I didn’t understand a word. I enjoy Daniel, and Matteo. Nice group. Fun. Funny. And going to vote… there’s something about it… I don’t know, the walk to the polls–I love it. It’s almost as if I feel proud of voting. There’s a bit of a ritual to it. Having Gus around is always a blast. Today, he was a riot. I took him on a long walk. It was hotter than I expected. And there were a few puddles along the way. He just lay down in them to cool down. When we got back I gave him a bath. He wouldn’t lie down. He really does not like baths. I don’t get it. He loves lying in puddles and streams. Paddling pools too. Why not baths?
BB: He does seem to put a smile on your face. On the other hand, last week, you seemed to be having a rougher time than I would have expected.
ME: Really? In what way was it rough?
BB: Maybe it’s just that I thought you’d be in better shape. It was the last week of the semester. Test 3 was done the previous week. Was it your conversation with Tom?
ME: Oh yeah. He wanted me to do more stuff, and I kind of panicked. I think I’ve hit capacity in what I do. I’ll be talking to him some more about it. But, yeah, I was worked up over it. Actually, I had trouble sleeping. I had a few nightmares as well.
BB: But you’re okay now?
ME: I think so. Maybe taking a few days slowly has really helped.
BB: You had no choice but to take it easy.
ME: Really? What do you mean?
BB: You were sick, remember?
ME: Oh right. I forgot. So have I been doing well, despite being sick?
BB: You certainly haven’t been unhappy. You just felt like crap, physically.
ME: Okay. That’s good.
BB: God, I hate it when you forget stuff like that. I mean, you’re still a bit sick. You had that really bad bout of coughing earlier.
ME: But I feel fine now. You know how it goes—since you showed up on my horizon, my memory is kind of messed up. I kind of live in the moment in many ways. I’m fine now, therefore, I’ve always been fine…
BB: Yeah yeah. I know, and you’ll always be fine. It’s so irritating sometimes. Almost Pollyanna-ish.
ME: I can’t help it. On the other hand, when I’m miserable…
BB: Okay, okay. Let’s not go there. You really don’t remember being sick?
ME: I mean, now that we’re talking about it I do, sort of. I guess, I remember the facts, that I was sick, that I was stuffed up and had a bad cough. But I don’t really remember that I felt awful. I mean I know I must have felt ill, but it’s like it happened to someone else. A story.
BB: I’ve never really got that. When you say that it must have been awful, what’s really going on in your head?
ME: I guess, I don’t remember past things vividly enough to put emotions to the memories. And as you know, a lot of time, I don’t remember even recent things unless someone reminds me. And when I do remember, it’s more in the form of a vague memory, devoid of emotions.
BB: But you smiled when you were remembering Gus rolling around in the puddles.
ME: I guess it would make sense I only retain memories that have a stronger emotion attached to them. And those are vivid. And the rest just doesn’t really touch me enough.
BB: But what about the Tom thing? You were really upset and panicky. Seems to me that those are strong emotions. But your memory of it seems vague and with much less emotion.
ME: True. I’m not sure I can explain it then.
BB: It just seems odd. The way your memory works. Messed up.
ME: Speaking of messed up, from these interviews or conversations or whatever we’re having, it’s almost as if we’re friends. Not best friends but still…
BB: I’m not sure I agree with you. Maybe we’re more comfortable with each other. But I wouldn’t say friends.
ME: Good point.