“Have any of you suffered a brain injury, including concussions?” 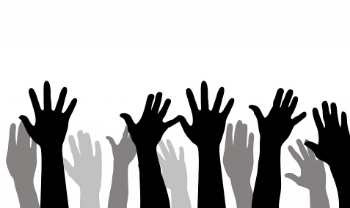 pixabay.com
All movements ceased. My gaze swept the audience from one side of the auditorium to the other. One hand went up and a second. The third, fourth, and fifth rose in unison, then several more.
I let out the breath I didn’t even realized I’d been holding—it was going to be okay.
During my first year back to teaching after the brain surgeries, I didn’t do as well as I would have liked. Between exhaustion, issues processing sensory input, ADD type problems, poor organizational skills, and lousy short term memory…
Going into the next academic year, I was much farther along in my physical and cognitive recovery than I had been at the close of the previous year. No longer operating from within a fog, I was able to think things through, rather than bumble along, hoping for the best.
I wanted to perform better than I did the previous year. Hopefully, significantly better. But how? I couldn’t change the setting, the large class, my teaching load. There had to be something I could do.
Cindy offered, “You should tell the students about the surgeries.”
“You’ve got to be kidding. Right?”
Nothing good could come out of such a confession. It would be asking for trouble. If I told them, they’d look for signs incompetence.
But Cindy insisted. “It’s time. It’s part of who you are. And it’s a way to tell them about your sensory overload. If you explain, they’ll understand, and they’ll be quieter.”
She had a point. But I wasn’t ready. I rarely talked about the bloody brain at work, least of all to colleagues and students. I didn’t want anyone to question my intellect, my ability to teach mathematics.
But perhaps cutting back on the sensory input would make a big difference. Perhaps it was a good idea, or at least not a terrible one. Telling them might actually help. But it also might hurt.
I stewed over it for days. Still undecided, I headed to lecture on the first day of the new academic year. Still unsure what to say, or not to say, I made my way to the podium. I paused to take a deep breath before I turned to face one hundred and fifty pairs of eyes—the auditorium was filled to capacity. The sounds of murmuring and shifting as they settled into their seats faded to an expectant silence.
I opened my mouth, allowing the my teacher-instinct to take over my introduction.
Throughout my speech, at every break in the flow, I held an inner debate. Should I tell the students about the bloody brain? What if they judge me—
Suddenly the words surfaced. “Have any of you suffered a brain injury?”
Silence met my question. Then hands started going up, one hand, then another, and another.
I waited until the ripples of motion dissipated before I dropped the other bomb. “I too have suffered a brain injury. Actually, it was brain surgery, three brain surgeries.” I thought I felt some tension in the air. “No worries, I don’t drool or run into trees.”
Buoyed by the sound of laughter, I explained about the bleeds and spoke of my deficits, first about the physical, then about the cognitive.
I explained that I had to relearn the multiplication tables and told them about my lousy memory and ADD type issues. I spoke of my depression. I also described my difficulties with high volumes of sensory data. “Which is why I need you guys to be quiet while I teach.”
At his point several students raised their hands. I wasn’t sure what to expect when I called on them.
“So what other deficits do you have?”
“How long did it take you to recover?”
“What caused the bleeds?”
Not only were they not antagonistic, as I had feared, they were actually showing genuine interest.
Until that day, I rarely mentioned the bloody brain to strangers. On those instances when I did, I encountered reactions ranging from pity, sympathy, and empathy, to discomfort and apathy. I had never met such open-minded interest, without judgment or condescension.
My students accepted me as I was, as a human being.