Bloody Brain: How about we just talk, instead of the interview stuff? They seem to have been evolving into conversations anyway. Also, you seem to be pretty down. You could probably use a friend.
ME: Yeah. Elliott and Rajat committing suicide has really hit me hard.
BB: Why is that? Why is this different from previous suicides on campus? They also made you sad, but nothing like this.
ME: I don’t know. Maybe I’m closer to students who knew Elliott and are devastated by his death. But yes, this is really dragging me down. If feel like I have to dig really deep to find the joy.
BB: You know that it puts the wind up me when you get this sad for a long stretch. I’m nervous it’ll set off the whole depression thing.
ME: ‘The whole depression thing?’ Depression, depression, depression. It’s like suicide. Suicide, suicide, suicide. It’s okay to say these words. Like anxiety or mental illness. What’s wrong with our society that these topics are so taboo that we can’t even say the words without flinching. 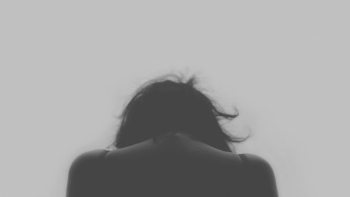 pixabay.com
BB: You’re right. Let me rephrase it. I could kick myself for causing you to be so severely depressed. I get scared when you contemplate suicide. After all, we’re in this together—you die, I die.
ME: Well, I seem to be doing better now. Have been for a while. Don’t worry about me right now. I’m not there, in the abyss. Also, you know that it’s okay to be sad sometimes. In fact, I should have mentioned that when I talked to my students about suicide.
BB: But you did address a lot of good stuff. Talking about your own experience… And the students raised a lot of good issues. Like the stigma.
ME: Yeah. I’m glad I discussed the emotions involved, the shame and the anger. I remember that time when John was so angry at his friend for not giving him the opportunity to help.When I didn’t tell anyone about my suicidal ideation, it was because I didn’t want anyone to stop me.
BB: You writing about it really helped to sort it out. It helped me understand it better. It also helped you be honest about it with yourself.
ME: It made me realize the importance of being open about it. It’s a tough issue to talk about, for everyone, including me. But it really needs to be addressed. How can anyone hope to prevent suicide if people are so uncomfortable even mentioning the word—
BB: It’s not about discomfort exactly. Sometimes it’s embarrassment…
ME: Yup. I remember feeling so ashamed that third time, embarrassed that I got so close, to the point that I didn’t even tell my therapist because I didn’t want her to talk me out of it.
BB: I get your shame, but why the people left behind? Why don’t people admit that a loved one killed themselves?
ME: Shame that they couldn’t take care of their own, perhaps? I also don’t understand the anger–it seems so wrong to be angry at someone for being in such bad shape. Who was it who told me that suicide was a selfish act, a sign of weakness?
BB: I remember you thinking in terms of not wanting to be a burden on others. Not wanting to drag the kids down with you.
ME: I thought I was worthless, that they’d be better off without me. I guess I was so deep down in the abyss, I couldn’t see anything outside it. All I could see was my own viewpoint. I guess in some sense suicide is a selfless act, not wanting to drag people down. I also don’t see it as an act of weakness, a matter of giving up the fight. It’s actually an act of bravery, of taking the plunge for the sake of others, despite the fear. No one wants to die. It’s scary.
BB: Seems to me that all you can really do if someone is thinking of suicide is listen to them, so they realize that they are not alone in the dark.
ME: You know this isn’t really helping my mood? Can we move on to something else, like puppies, and rainbows?
BB: Or the Squatty Potty.
(To see the squatty potty commercialhttps://search.yahoo.com/yhs/search?p=squatty+potty+commercial&ei=UTF-8&hspart=mozilla& )hsimp=yhs-001 )