I am not superstitious–I don’t flinch when a black cat crosses my path, nor do I bother to skirt a leaning ladder instead of ducking under it. 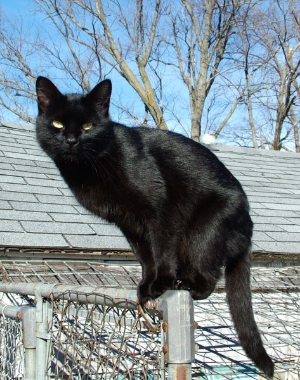 Sara, a Jewish friend, gave me a necklace with a three-dimensional Star of David charm. I appreciated the gift, clearly because it was a gift, but also because I’d never seen one before, it was cool. Also for me, like for many people, the Star of David represents Judaism, my heritage.
On the other hand, I’m sure that she gave it to me as a protective amulet, a token that God is watching over me.The Star of David in Hebrew is referred to as Magen David that translates literally as David’s shield, a reference to God. I was a bit uncomfortable about the whole protection thing. I was also puzzled–why would Sara think there was a real chance I wouldn’t survive?
Bill and I dropped Daniel off for dragon boat practice a couple of days before our departure to Arizona for my surgeries. My teammates crowded around me to say their goodbyes. I, was all smiles–though I couldn’t join them in their practice, I enjoyed their company.
Rhonda had been away in Arizona. She presented me with a small lead sequoia. “They survive under the harsh conditions of the desert.”
It was nice of her to bring me a gift fro her travels, though it was an odd choice. I thanked her and moved on to talk to the rest of my friends, though I had an uneasy feeling that there was a significance to her message I was missing.
Full comprehension only struck later, when I examined it in the quiet of my bedroom.
On the eve before my first brain surgery, Mum handed me a pin in the shape of a bee. “A friend gave it to me for you. It’s a miracle that bees can fly.” She shrugged. “It can’t hurt.” She added, “When you come out of all this, you’re supposed to pass it on to someone else who might need it.”
This time, I immediately understood the significance behind the gift. Also, bees hold a special meaning to me, since my Hebrew name, Dvorah, means bee. But this one was so ugly, quite appalling—what on Earth would I do with it? Where should I hide it?
I decided to take it with me to hospital after all. I wanted to be able to tell Mum that I had with me. I didn’t put much stock into any of the talismans I’d been given—I’m not a superstitious person. But like Mum said, they couldn’t hurt.
I felt differently about the gift from my sister Rachel—a simple bracelet made of a red cord with a charm in the shape of a Hamsa. I took great comfort in wearing it, and felt uneasy whenever separated from it. I kept it with me during my stay in hospital, only taking it off for the surgeries and when in the shower.
Did I feel that way about the bracelet because it came from my sister? I certainly didn’t feel the same way about the tiny book of psalms she also sent me.
The Hamsa is a Middle Eastern symbol of protection against the evil eye, and the color red is also associated with luck and safekeeping. Could it be that I am superstitious after all?
But I have opened umbrellas indoors, though I hesitate beforehand. I didn’t place a coin in the wallet I gave my daughter. But that was because I forgot. When I remembered I took it back and tucked a penny into one of the compartments. I do occasionally knock on wood… Maybe more than occasionally. And I do own a couple of hamsas…
Maybe I am bit superstitious. Maybe a tad more than a bit.