Bloody Brain: Why do you refer to me as The Bloody Brain?
ME: That’s a difficult one. It started very close to the beginning, certainly before the surgeries. Was it something that came up in a conversation with Cindy? It started as a joke. I guess it just stuck.
BB: Come on! Let’s be honest, there’s much more to it than that. By referring to me in third person, you were creating a distance from me. I am a part of you whether you like it or not…
ME: I’m not sure why that happened. Perhaps I needed to have someone/something to blame. Someone to point at, someone other than me. Was it a way of taking the blame away from me? Did I feel guilty somehow? No, that doesn’t really make sense.
BB: No, it doesn’t
ME: Or maybe creating a distance between us made me feel that you would go away one day. I don’t really know. It’s certainly easier to talk about the whole experience this way, when I speak of you in third person.
BB: Hmmm… Interesting. 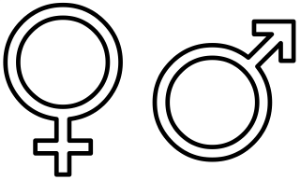 commons.wikimedia.org
ME: Could it be that referring to you as the Bloody Brain allows me to feel resentful, or angry, frustrated. Otherwise I’d be getting upset with myself… I don’t know.
BB: Okay. Let’s look at this slightly differently. Maybe that’ll give us some clues. So when you were talking about me to Judy last week, without thinking about it, you referred to me as ‘he’ rather than ‘it.’
ME: Yeah, that did kind of throw me. It think that until then, I thought of you as a being, certainly not a person. I’ve referred to you as a malevolent being, as spiteful. Though I have also thought of you as a trickster, like Coyote in Native-American mythology, or Monkey in the Chinese legends.
BB: I know you like the tricksters in folklore. Are you saying that you think of me with a touch of fondness?
ME: I guess that thinking of you as a trickster does kind of say that. Maybe. Certainly not all the time. Probably not most of the time. Let me think… You do make me laugh sometimes. Like with the short term memory stuff, it does get funny sometimes. And I do clown around sometimes with the balance thing. Also with the finger to tip of the nose thing.
BB: So you don’t hate me?
ME: I don’t think so. As I said, sometimes I resent you, or get annoyed or frustrated. But I don’t actually hate you. I don’t think of you with venom in my heart. Wouldn’t hating you be like hating myself?
BB: It is one way to look at it, I suppose. Back to the ‘he’ versus ‘it’ thing. Tell me more about that.
ME: I’m trying to think back. I think I was talking to Judy about these interviews. Perhaps through them I’m seeing you in a more human light.
BB: Could it be that you’ve always thought of me as a person rather than a being and not admitted it to yourself?
ME: No, I’m pretty sure I saw you as a separate entity, rather than a person. I’m not sure when you changed into a ‘he.’ Actually, come to think of it, it hasn’t completely changed. I still think of you as The Bloody Brain. Maybe it depends on the context. Or maybe it’s so new that… Oh, I don’t know.
BB: Okay, let’s switch tacks—why he and not she?
ME: Yeah, I’ve been wondering about that one. Really odd. Maybe it’s because I’m female, and seeing you (still) as an adversary, I need you to be male to maintain a degree of separation.
BB: Curious. I suspect we’ll never know. Speaking of which, do you ever see us as in this together?
ME: As an ally? I want to say absolutely not because you tend to make my life difficult, but come to think of it, it’s much more complex than that—
BB: Let’s hold off until next time. I know you want to get a bunch of other writing done.
ME: Yup. Next time.