Dear Bloody Brain,
How long has it been? Eight? Nine years? Let’s see… You slammed into my life in March of 2007, turning my world upside down. So that would make it nine years. Though if I counted from the surgeries, August of 2007, that would be about eight and a half years. Whatever.
Somehow it doesn’t feel that long. I don’t mean in terms of “it seems like yesterday.” In fact, that patch of time seems like it happened eons ago. As does the nightmare that was my life during the first two years of recovery.
I guess it’s the ongoing recovery that seems timeless. Perhaps because it is ongoing. Though I have plenty of memories of my life before you, it seems as if you’ve always been here. You’re just all pervasive, influencing every aspect of my life, including my memories of the past.
You’d think that by now I’d get used to your presence in my life. But I can’t. I’m not sure I ever will.
My grief over the losses you have caused keep resurfacing without warning and I’m sure will continue to do so. Part of the issue is that even after all these years of living with you, you still manage to catch me by surprise, a new symptom here, and old but forgotten one there. Then, of course, there are the symptoms that have been long dormant that strike hard seemingly out of nowhere. Only in retrospect do I realize that you had actually given me warning, but I’d forgotten it almost as soon as it were over, or I merely missed the connection. 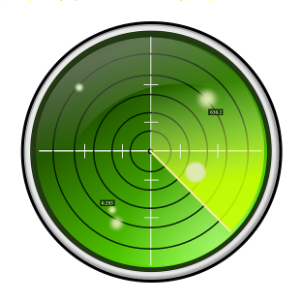 Then there are the daily reminders of your existence, the constant crippling fatigue, the constant struggle to pace myself. You’re always there, there is no escape. I can’t just take a break and forget you for a while.

About eight years ago, in the thick of the nightmare, a friend of mine told me that ten years down the road, the surgeries would just be a blip on the screen. According to her prediction, I have two more years before I’ll see you as a blip on the radar—somehow I don’t see that happening.

Dear Deb,
Wah, wah, wah. Quit belly-aching. You’d think that your life is pure hell. I may have wreaked havoc way back when, but be honest, it hasn’t been that bad in a long time.
Yeah, yeah, I surprise you. But that’s mainly your fault. If you overdo things, I have no choice but smack you. If you’re going to ignore my warnings, I have to find ways to get the message across to you somehow. Surprise!
Also, really it’s not a bad thing to be hit with surprises every so often. It makes life interesting. Imagine life with no surprises. Boring!
Just get over yourself. Stop complaining and go take a nap or something. I need one.
Bloody Brain