No matter how I looked at the grid, from whichever angle, though some of the lines were blurred, none appeared wavy or bowed. Probably not macular degeneration then.
But what was going on? Why was the center of my visual field in my left eye blurry?
When Cindy told me that I needed to go to the ER, I knew she was being an alarmist. But still… I had been wondering about it over the last few weeks, or had it been months? How long had it been?
I decided to print out the Amsler test, a grid of lines that is used to diagnose macular degeneration, a vascular condition in the eye that can lead to blindness. A condition that my father has, a condition that can be familial.
I also made an appointment with my optometrist. Just in case.
I’d heard somewhere that there was a some sort of correlation between cavernous angiomas and macular degeneration. Where did I hear it? Or had I read about it? Perhaps someone just wondered out loud whether there was a connection between the two.It would make sense that macular degeneration and cavernous angiomas would be rooted in a similar vascular disorder. Perhaps I hadn’t done the Amsler test correctly.
The optometrist found nothing–no macular degeneration.
“It could be one of two things, an inflamed nerve, but most probably posterior vitreous detachment. I don’t have the equipment needed to figure it out. You’ll have to see an ophthalmologist for that.”
Apparently vitreous detachment often happened with age. He seemed to think that in my case it may have caused a temporary distortion of the macula, the central visual field.
“What are the chances it’ll come back?”
He didn’t seem concerned. He explained since everything seemed fine now, I’d probably be fine. But if the blurriness resumed I should phone him.
It resumed later that day, and seemed a tad worse than it had been. My optometrist wanted me to make an appointment with an ophthalmologist, a retinal specialist. A retinal specialist? Weren’t retinal issues serious?
The earliest opening the ophthalmologist he recommended had was three weeks away.
Three weeks away? I tried to ignore the alarm bells going off in my head.
After the report came back from my first brain MRI more than nine years ago, my PCP gave me the names of several neurologists. The report mentioned words like stroke and malignant yet the first couple of neurologists I phoned couldn’t take me for another two months. I went with the third neurologist on the list, who gave me an appointment within a fortnight. What if it had been cancer?
What if this was cancer? No. It was probably just a vitreous detachment. But the retina stuff… Could it be a retinal detachment? Or perhaps it was a bleed after all. What if it was an angioma messing things up? Could this be the reason behind all those symptoms a few months ago? The debilitating headache, the need for two naps or more a day…
I contacted my optometrist to find out if I should worry about having to wait for three weeks. I left a message with his receptionist and he called back ten minutes later. “I want you to be seen sooner. I’ll give you some new names.” 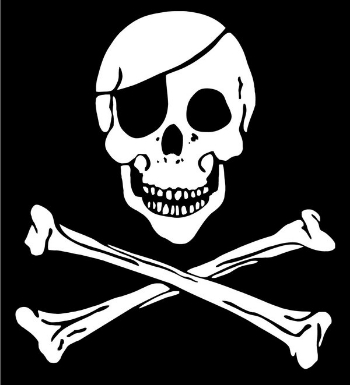 I keep telling myself that it’s only one eye.
Whatever happens I should be able to continue writing. As long as I can keep writing…
I already have issues with depth perception, so that’s not a big deal.
Would I be able to drive with one eye? Would I have to move to within walking distance of work? I wanted to do that anyway—I don’t like being dependent on driving, even though my epilepsy is under control.
I shouldn’t have trouble with teaching. Bu what if I need surgery? How long would I be out? Probably no more than a couple of days. I might have to ask my teaching assistant to take over a lecture or two.
Would I have to wear an eye patch? That would be so cool.
Give me an “R.”
“Aaaaargh!”