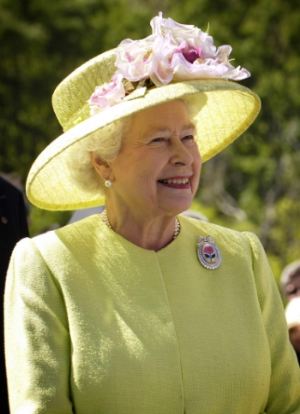 Queen Elizabeth
The roar of a diesel engine fills the universe, my universe. Then dies abruptly.
Close your eyes. Think of the queen. I picture her wave, the barely discernible motion of her wrist—so efficient and graceful. Her corgis trailing after her.
“Knock, knock, knock, knock, knock.”
What did Ellen DeGeneres say about a kingdom? Something about not having an empire. Oh yes, that she doesn’t have an empire, it’s a kingdom. Why kingdom? Shouldn’t it be a queendom?
A loud whine disrupts my train of thought. It goes on and on and on.
The queen. It’s too loud. When is it going to end?
“Bang, bang, bang, bang, bang.”
What? No respite? Don’t move. Relax.
I try not to sigh too heavily at a long anticipated silence. Where was I? Oh, the queen. Her handbags. And those wild hats, some of them so ugly they are a thing of beauty.
A loud hum. I could actually sleep through this this one.
I jump at the sound of cymbals crashing. Oops. Shouldn’t have jumped. Did I just fall asleep? Inside an MRI scanner? Who would have thunk it? I hope I don’t have to redo this. Thirty minutes of this is more than enough.
A whir. As long as it stays monotone. Shallow breaths. Breathe evenly. Soften your muscles, your jaw, your brow. The queen. Are her eyes blue, like Ellen’s?
“Clang, clang, clang.”
How long have I been here? Stay still. Relax. I hope everything is okay. It’ll be fine. Even if there is a new bleed, it didn’t cause any permanent deficits. I’m fine.
Kelly, the nurse practitioner from my neurologist’s office, phoned me a few hours later. “Your brain looks good. No changes. No new bleeds.”