I started slowly, but as I gained confidence, I sped up, moving to the left, or was it to the right? Dancing the grapevine, crossing my right foot behind my left, then my left behind my right, again and again, across the gym, fully focused on my feet, barely aware of my surrounding.
Keith’s grasp on my belt was firmer than usual as he shadowed my every move from behind. Keith, my physical therapist in inpatient rehab.
A couple of days after my second brain surgery, I was wheeled on my gurney from the Saint Joseph’s hospital in Phoenix to the adjacent neuro-rehab center. 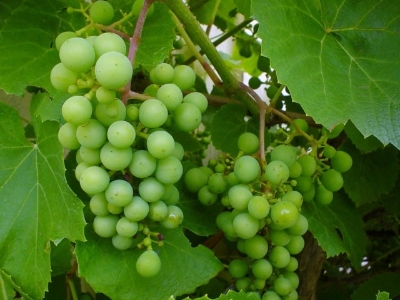 My occupational therapist, Abby, worked with me on daily tasks such as food preparation, reading, dressing, showering. Keith helped me with my balance. Two sessions of PT and OT a day. It was grueling. By the end of each day, I was completely drained. But I wouldn’t have had it any other way. I wanted to get better, and my best chance was early intense rehab.

During our first session, Keith evaluated my balance, and deemed me as high risk for a fall. Ever since the brain bleeds, I suffered from stationary ataxia—precarious balance while standing in one place, or when moving slowly. And after the surgeries, it got much worse. At times, I even had trouble sitting up without losing my balance.

He started me off walking backward, forward, and sideways, his hand always on my belt. We moved on to turning and stepping over blocks. Next, he had me play with a balloon and throwing a ball back and forth with his intern. The whole time, he held on to my belt.

While I moved, I needed a steadying hand, but when I came to a stop, I needed someone to prevent me from falling. I didn’t fall, not once. He was always there to catch me.

My balance improved dramatically throughout the week. On the sixth day, when Keith was trying to come up with the next exercise for me, joking, I suggested the grapevine. Initially, he was skeptical, but thinking about it, he changed his mind.

And there we were, dancing the grapevine.

Running out of space in the gym, I came to a stop, laughing, stumbling. But Keith was right there to catch me. That’s when it registered that the room had been still, silent throughout—all the patients and PTs had paused all activities and stared at me.

Next, Keith evaluated me as he had during our first session. I couldn’t stand on one foot, I still had a hard time bending over to pick his pen up from the floor, and my turns were still slower than “normal.” But according to Keith, I was at low risk for a fall.

On our way back to my room, we stopped at the nurse’s station, where Keith presented me with a green bracelet—my pass to roam the rehab center at will, without an escort. Reveling in my freedom, I wandered around, chatting with nurses and staff, joking and laughing.
When I sauntered back to my room, my case worker was waiting for me. I was ready to go home. I was to be discharged the next day, after one more session with Keith, and a cooking session with Abby.
I was shocked. Was I truly ready? I thought about it no more than a split second. Yes, yes I was. It was time to rejoin humanity, reclaim my space in the world out there.
Later, a nurse stopped by to remove the stitches from my scalp. Snipping and tugging, she kept apologizing for pulling on my hair. I chuckled. “No worries. I’m going home tomorrow. Nothing can dampen my mood.”
That evening, I suffered a grand-mal seizure. I was rushed to the neuro-ICU—I had a CSF (cerebral spinal fluid) leak. And a few days later, I underwent a third brain surgery.
The third surgery, unexpected, terrifying, broke me. All my jokes dried up. It took me several months until I had it in me to laugh as I danced the grapevine. My dance was slower, not quite as joyous. But I danced.