There have been several semicolons in my life, pauses, stretches of time when my life was a struggle, when I felt I was merely existing, barely surviving.
One such stretch lasted several months–the time between my brain bleeds and when I made the decision to undergo brain surgeries to give myself a chance to reclaim my life. The others we related to my mood disorder. One such semicolon lasted a few days, another, a couple of weeks, and the worst of the lot, a couple of years.
I suffer from severe depression, a common malady among brain injury survivors. At first, I assumed it was situational. After all, I had been through a lot. But within a few months it became clear that there was a significant biological component to it.
Most of the time my depression is well managed with meds. But life happens and antidepressants need to be adjusted—I found myself spiraling down into the abyss, struggling with suicide ideation. Fortunately, so far, I’ve managed to catch it in time. Many of us who suffer from depression or other mood disorders, aren’t as lucky as I have been, and die of suicide.
After hearing about project semicolon, I decided to join the movement–I recently acquired a semicolon tattoo. Quoting from the project semicolon website (http://www.projectsemicolon.org/): “A semicolon represents a sentence the author could have ended, but chose not to. That author is you and the sentence is your life.”
Project semicolon is “…dedicated to presenting hope and love to those who are struggling with depression, suicide, addiction and self-injury. Project Semicolon exists to encourage, love and inspire.” Semicolon tattoos act as conversation starters with the goal of raising awareness of issues associated with the mentally ill, including suicide.
I like the symbolism behind the semicolon. Every time there was a pause in my story, I chose to continue. The message is powerful. Not only have I struggled with suicide ideation, but I have also struggled with the stigma involved. I’ve heard many a reference to suicide as a cowardly act, a sign of weakness, of selfishness. In fact, there are some of us for whom it is an act of bravery, of selflessness–not wanting to die, but convinced that the world would be better off without them, that they are worthless, merely a burden. Others struggle for so long that they give in to a level of exhaustion many of us can’t begin to imagine.
I personally know a handful of people who killed themselves. In each case, there were those who responded with anger. “How could she do this to me?” Suicide is one of those taboo subject that makes us feel uncomfortable. Suicide is deemed shameful by those left behind and those who have thought of it.
At one point, I realized I needed help but was reluctant to seek it. At first, I kept my thoughts to myself because I didn’t want anyone to stop me. But later, when I somehow managed to crawl out of the abyss, shame prevented me from revealing my state of mind to everyone, including my therapist. Ashamed of my thoughts and of my reluctance to seek help, I kept quiet for years.
If we want to help those of us who contemplate taking their own lives, we have to remove the stigma, we have to overcome our discomfort, our feelings of shame. Discomfort versus a chance to save a life–the choice is clear. Let’s talk. 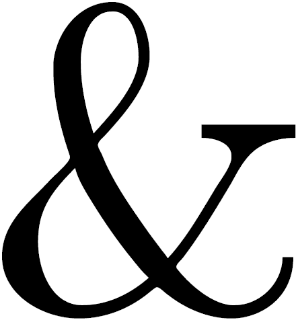 The semicolon tattoo on my calf not only symbolizes my own struggles, but it is also there for those who have undergone similar difficulties. I hope that the semicolon movement will remove the shame associated with suicide, an obstacle on the path towards the help they need, towards life.
But somehow, a semicolon doesn’t seem to be quite enough. The path meanders, twisting and turning–life happens. What happens after the pause, after the darkest of times? Perhaps an ellipsis, a symbol of… nothing much, a dreary existence, too often on the verge of yet another semicolon. Maybe a period after all? There are no guarantees.
Perhaps an ampersand should follow the semicolon to add the light we all need to chase away the shadows, to keep the story going. First, there’s the pause, and what happened next in her life’s story?
An ampersand as a symbol of hope for those who have suffered hopelessness.
A friend of mine, Tonya, warned me after I got the tattoo: “They warned you that tattoos are like potato chips, right? Once you have one, you want a whole bagful.”
I laughed. But now I wonder. Perhaps my next potato chip, my next tattoo, will be an ampersand.