Ongoing headaches, the odd bout of overload, a meltdown or two—I was paying the price for attending a writing workshop. It came as no surprise. Every summer, when I attend our annual five day long writing workshop, the bloody brain lashes out at me for outpacing myself.
Three summers ago, before the first workshop, I knew I’d be in trouble. I always have difficulties when I don’t get enough rest, which always happens when I travel. 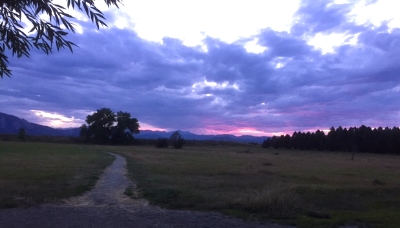 Judy, my writing coach and the workshop organizer, trying to accommodate my difficulties, decided that we’d have two-hour sessions each morning, leaving the rest of the day free. The idea was that we’d spend much of the time writing, working on individual pieces. In my case, it would give me the opportunity to rest as needed.
Unfortunately, I didn’t rest as much as I should have. I didn’t want to miss out on any of the activities. And I wanted to feel and seem “normal.”
On the third day, despite suffering from an excruciating headache and lousy balance, I wavered my way to the morning session. I spent the next couple of hours struggling, having trouble understanding what was going on, unable to focus.
At the end of the two hours, the bloody brain punished me with a vengeance, exacerbating the headache, which forced me to take it easy. I couldn’t function. I had no choice—I spent the rest of the day in a darkened room.
The following summer, I realized I had to be more sensible. I took a nap on the first day. But again, afraid to miss anything on the second day, convincing myself I’ll be fine, I kept. On the third day, all hell broke loose, though this time, the headache wasn’t quite as excruciating. Once again, I had to spend the rest of the day quietly, away from the action. I did the same thing during the third summer.
But I felt that the ordeal was well worth it—I always came away from these workshops with a goofy smile on my face.
Now, before our fourth annual workshop, I expected the worst.
Except that things were different this time. One of the topics Judy focused on was “conditions of enoughness.” Apparently, many of us writers have unreasonable expectations of ourselves, including me.
However much I accomplish, it’s never enough. I feel that I need to block off more time during the day for writing. 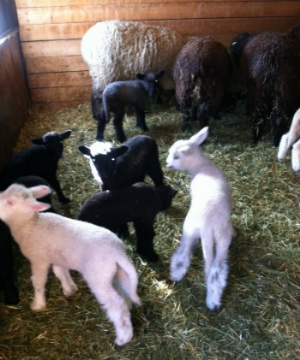 Judy urged us to set conditions of enoughness each day—two to three doable tasks. Her idea being that we needed to learn to set the bar lower—to slow down and avoid stress, which is detrimental to the quality of our writing. At the end of the day, if we completed the tasks, which we all did, we were to say, “I did what I wanted to do, and I am satisfied.”
Kathy decided on exercising in the morning and writing for one hour. Cindy went with getting up early and finishing the chores on the farm. I listed writing for at least thirty minutes a day on an essay I’d been working on, and resting for at least one hour. And I did exactly that, each day, for five days, the duration of the workshop.
I did suffer from a headache that persisted throughout the workshop, but I was able to function through it. In addition, I became easily distractable, often losing my focus. I was also fragile a lot of the time, hypersensitive to sensory input.
But I managed. Though I did write at a slower pace than I had originally expected, I got a fair amount done. In fact, despite feeling no pressure to work beyond the thirty minutes I had originally set myself, I spent at least a couple of hours a day working on my essay.
At no point was I confined to my room with a crippling headache. I wasn’t operating on fumes as I have done in the past. I didn’t feel like I had to fight the bloody brain the whole time. I was much more relaxed.
I did what I set out to do each day, and I was satisfied.