Sara asked me to turn towards the back door of the yoga studio. I paused to process her words, then turned. 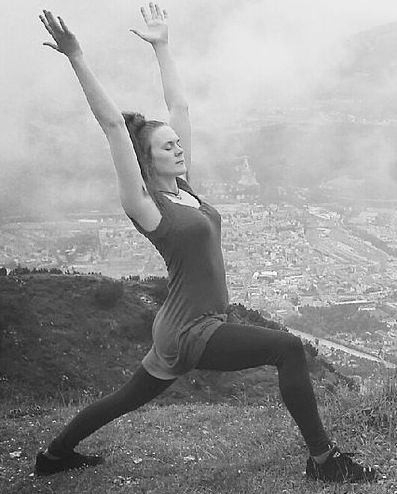 She shook her head. “It’s okay to allow yourself to take all the space and time you need.” I looked at her askance.
Apparently, I’d turned abruptly, compromising my balance. She suggested that I did so to compensate for the time it took me to process her instruction. “If I weren’t here, you probably would have taken your time to turn. ”
She was right, I often try to seem “normal” in public.
I shouldn’t have even gone to Nicolas and Lilia’s party. I knew it would be noisy and crowded—a sure recipe for sensory overload.
Why did I accept Nicolas’ invitation? Because I really liked him and I was flattered. I also felt he could use all the support he could get when he announced to their parents that he and Lilia had eloped. I’d never seen him so nervous.
During the party, Nicolas kept postponing the inevitable. “I’ll wait until Matteo shows up, and Dejan.”
I could have made my apologies then, saying I was exhausted, or that I wasn’t feeling well. I wasn’t feeling well—between the crowd, the noise, and lack of air-conditioning on a hot and humid day, my brain felt heavy in my skull. I was having trouble holding conversations, having difficulties making sense of my surroundings. I had to work hard to access vocabulary—my brain made me stick to simple words. Luckily, most of the people around me weren’t native speakers of English.
I should have follow Ryan’s family, who were the first to leave. I could have attached myself to Xavier, the next one to go. But having to work my way through the crowd was unthinkable.
When I start overloading, initiating actions becomes extremely hard. It’s one of the reasons I have difficulties extricating myself from the source of the problem.
I was in deep trouble. Hiding it was becoming harder. My stutter had become more pronounced and I kept tangling up my words. And my balance was beginning to be affected. Perhaps people thought I was drunk.
I was no longer thinking clearly. I should have realized that being there for Nicolas when he made his announcement was no longer a priority. He had plenty of friends there to support them. And after he finally said his piece, I knew couldn’t leave right away—it would have been rude.
I left late, well over three hours since I got there.
The punishing headache that plagued me the next day came as no surprise. The bloody brain was lashing out, as it always does when I overextend myself. It had to make it clear that I was not to stay up late partying again.
I’ve spoken openly about the bloody brain to most of my acquaintances, friends, family, students, sometimes even to strangers. I’ve described bad brain events, sensory overload and subsequent meltdowns, crippling headaches and debilitating fatigue, loss of balance, vertigo, and short term memory issues. But more often than not, while I’m in trouble, even when I could use help, I don’t speak up. Given the choice, I hide my aggravated deficits from those around me. Unless my need is desperate and I absolutely cannot manage on my own.
I often push the bloody brain beyond its limitations. I don’t want to slow others down, nor do I want to cause alarm and concern. I don’t want to make a spectacle of myself. In public, I try to keep my disability behind a veil, as I did at Nicolas’ party, as I do when I travel.
On the day after a long flight to Israel, though exhausted, not wanting to disappoint my younger brother, Simon, I went over to his house after I’d spent several hours with Mum and Dad. I stayed late, even though my sister, Rachel, who worried about me overdoing it, offered to pick me up earlier.
The next day, suffering from a horrendous headache that restricted to a darkened room for most of the day, I ended up having to disappoint my older brother, Jonathan—I had to cancel a day trip we’d planned on making to Jerusalem.
I am too self-conscious about my disability. I shouldn’t worry about being open about my difficulties while they are occurring. I should accommodate the bloody brain without worrying whether I seem “normal.” The old normal, as I was before the bleeds, no longer applies to me. It’s taking me an awfully long time to get used to and accept the new normal.