I really wanted to be a responsible team member and help out but I knew my limitations. I shook my head. “Sorry, that wouldn’t be a good idea. I’m not the person for the job.”
The whole boat turned towards me. Lynne, our coach, challenged me with a sharp, “Why not?” 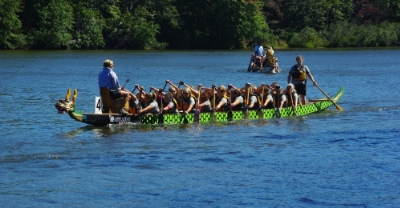 I wondered how to explain that collecting the registration fees for the upcoming dragon boat race was beyond my abilities. I considered hiding behind laughter by mentioning brain damage, but quickly rejected the idea. There was no need to call undue attention to myself and the bloody brain. I wanted to respond to Lynne’s question in a straightforward, concise manner. A brief reminder should suffice; Lynne would understand. Perhaps if I were more specific, if I mentioned particular deficits.

I became flustered as everyone watched me, waiting, and said the first thing that came to mind: “I’ll forget.”

As soon as the words flew out of my mouth, I realized that it sounded like a lame excuse. I knew I should have elaborated on it, but I was drawing a blank.

Lynne nodded. Did that mean she understood? Or did she see it as a flimsy excuse that didn’t deserve a response?

If it were merely a matter of trying to overcome my poor organizational skills, I would have been tempted to tackle the job. If all I had to do was break through my difficulties initiating tasks, I might have given it a try. If my lousy memory were the only obstacle, I would have found a way around it. However, collecting the fees for the upcoming race would involve all three deficits.

It would not simply entail stuffing money into an envelope. I’d have to contact the race organizers to determine the fee per team. I’d have to keep track of how many people signed up—a continually evolving number. I’d have to monitor who paid and who didn’t. I’d have to pester people for their money. Every component of the job involved organization, initiation, and memory.

I’d over-extended myself before. I knew exactly what would happen if I agreed to do it: I’d freeze, I’d be incapable of getting started, let alone of making progress. And as I’d strive to overcome all the obstacles, waves of anguish and guilt would keep rushing through me, swamping me again and again.

I amended my evaluation: I’d be combating not only poor organizational skills, trouble initiating tasks, and a lousy memory, but I’d also be struggling with overload. And all of those issues would feed upon each other, amplifying one another.

There was no doubt in my mind—the task was beyond me.

So, being a responsible team member, I said no to Lynne’s request.