Shortly after the brain bleeds, Bill told my mother of my fatigue, my need for two to three naps a day. She responded by telling him that I was always a napper.
When I mentioned my issues with memory loss, she said, “That happens to everyone with age.”
Did her reactions make her feel better about my health? Was she trying to convince herself that the bloody brain hadn’t hit me that hard? Did she think her words helped me?
I’ve heard the remark about memory loss being a natural part of the aging process from several people. I’ve also been regaled with tales of short attentions spans, poor organizational skills, and procrastination.
I used to come away from such remarks upset, resentful, frustrated. I felt as if people were discounting this terrible nightmare I was living, belittling the ordeal and the havoc it has been wreaking on my life. I also felt alone–no one truly understood. Did they think I was a malingerer, an attention seeker?
But in time, the hurt I felt over such insensitive remarks waned, my emotions evolved.
A few years ago, while visiting my parents, I suffered a bout of sensory overload. When I explained to my mother that I had run out of the room because I was having trouble with sensory input, she retorted with, “I also have sensory overload.”
Still clenching my jaw and swallowing to prevent the tears from welling up, I asked if it ever made her cry. 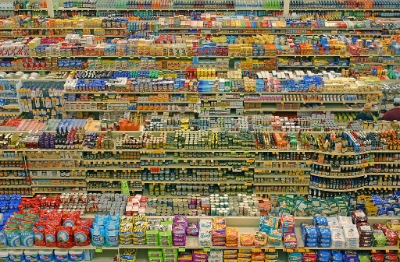 Her immediate response was, “Sometimes I feel like crying.”
I surprised myself. instead of feeling upset, I as incredulous with a light touch of irritation. I probably would have burst out laughing had I not still been struggling to stem the tears. Later that day, though still gobsmacked, I was able to try to understand. She’d been running herself ragged trying to make my visit special. She was getting on in years—it wasn’t easy for her.
But deep down inside, I was still irritated.
A few months ago, I was talking to my friend, writing coach and editor, Judy, about my difficulties managing grocery shopping, especially in a newly rearranged supermarkets. I spoke of having to cut shopping trips short to prevent sensory overload related meltdowns.
When she reacted by telling me about her own difficulties shopping in stores that had been recently reorganized, I didn’t even flinch. In fact, I was empathetic. After all, I knew exactly how she felt.
Now, I am mostly amused when people tell me they understand because they’re also procrastinators, or they too occasionally have trouble accessing words. And I am empathetic when someone tells me they have trouble initiating tasks to a crippling degree, or that they have to limit themselves to perusing no more than two or three  aisles per shopping trip.
I was both empathetic and sympathetic when my mother told me she withdrew four times the money she intended to from the bank because she got flustered and confused. But how will I feel towards her next time she tells me that she too is frustrated by memory loss or that she’s had a short attention span all her life? I suspect that instead of being amused, I will be irritated.
After all, she is my mother.