A few days before I left for Arizona, I asked Gaye, my hairdresser, to buzz my hair in preparation for the surgeries. She did so willingly and I loved the result.
After I came home from hospital I asked her to buzz my hair again—she was almost rude in her refusal. Over the next three years, whenever I cam in for a haircut, I’d ask for a buzz cut, and she’d refuse. It turned into a joke between us. 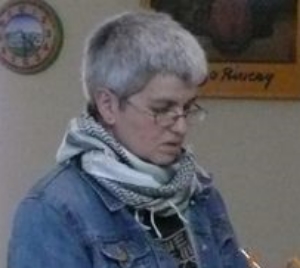 Except I was only partly joking for some reason.
A couple of years into my recovery, I took my daughter Sarah over to the salon for a haircut. Gaye and I sat together chatting idly as we watched Angie, her employee, cut Sarah’s hair. When Gaye commented on the length of Sarah’s locks, I finally thought to ask her why she hadn’t been willing to give me a buzz cut all this time. “Is it because of the scars?”
She smiled. “Oh no! It’s because you have such beautiful hair.” She studied me. “I’ll buzz it next appointment. But not too short.”
I made an appointment for the following day.
Instead of doing it herself, Gaye had Angie buzz my hair while she supervised closely. She let me dictate how short I wanted it until Angie was about to buzz the top.
Gaye barked, “No! Use your scissors on the top! You can cut it short, but don’t buzz it.”
Gaye usually smiles a lot; she didn’t smile once while Angie plied her clippers. I on the other hand, was grinning throughout. Angie and I were both thrilled with the result. “Angie turned to Gaye. Doesn’t she look great?”
Gaye nodded. “I told you she has beautiful hair.”
Was her continuing refusal to give me a buzz cut really because she loved my hair? Was she even aware of the true reason?
And why had I kept asking for a buzz cut? Why was I so pleased when Gaye finally surrendered? Was it because I liked the way it looked? Or was it the scars?