I just sent off a package to Dr. Spetzler at the Barrow Neurological Institute, in Phoenix, Arizona, where I had my brain surgeries. As I handed it in at the post office, I gulped.
I remember the last time I sent a similar package to Dr. Spetzler. It was in June 2007. It held a CD with my first ever brain MRI on it. An MRI that showed multiple tangles of malformed blood vessels, cavernous angiomas, scattered throughout my brain. Apparently, several had bled, two acutely. 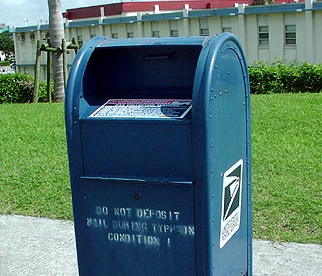 I only had to wait two weeks before Dr. Spetzler sent me a response. In his letter he said that I needed surgery, more precisely, two brain surgeries. And a couple of months later, he performed them, a day apart.
I now undergo brain MRIs regularly, to watch out for evidence of new angiomas, growth of old ones, and of course, new bleeds. My neurologist always told me how good they looked. I never thought to question him. Until this latest MRI, in March 2015, for the first time, I was handed the MRI report. The only other time I was handed the report was for my first brain MRI.
In my latest brain MRI there was evidence of new tangles of new angiomas, one of which had bled. My neurologist failed to mentioned these minor details. He told me that the MRI looks good, that he doesn’t want me to worry. Before I left his office, his nurse practitioner handed me a copy of the report. She’d never done that before. When I sat in my car, about to leave for home, I read the report. Perhaps I misunderstood. Perhaps I misread the medicalese. I asked my PCP, and he confirmed my fears—the MRI didn’t look good, my neurologist had lied.
What else has he hidden from me?
I need to know the truth, the whole truth. I have a right to know what is going on with my brain. I no longer trust my neurologist to tell me the truth, but I do trust Dr. Spetzler.
This time, I’m not seeking his advice. I don’t expect him to suggest surgery. My life is not the nightmare it was in 2007. If I had a bleed, it was minor, with little to no consequences. I just want him to read the MRI and report his findings. He knows more about angiomas than anyone in the Pittsburgh area.  I just want the facts, the truth, about the contents of the MRI.
I’d been meaning to send the CD off to him ever since my neurologist lied to me. But I’ve been putting it off. Have I been afraid? Scared of the truth?
Finally, more than three months later, I sent it away to Phoenix, to Dr. Spetzler. According to his secretary I should be hearing from him soon, within two weeks.
Gulp.