The first time I stopped by the math department after the brain surgeries, a total stranger greeted me enthusiastically in the hallway.
“Ciao, Deborah! It’s so good to see you!”
What a lovely Italian accent! Clearly another visiting mathematician.
I beamed. “Hi! When did you get here? How long are you staying?”
As the friendly man retreated down the hallway, I turned to Bill. “Who was that?”
Apparently, a few years earlier, he had come over from Italy for a year with his wife and baby. According to Bill, I had smoothed their transition, helping them find an apartment and a pediatrician.
In the past, I may not have remembered his name, but I certainly would have recognized his face and known his story.
During my first two years after the surgeries, signs of changes incurred by the bloody brain were scattered throughout my day, every day. It was all too easy to blame any mishaps on the bloody brain, whether it was a memory issue, tremors, difficulties breathing, short attention span. And when  my memory of an event contradicted another person’s, I automatically assumed that I was the one who got it wrong. It was only four plus years into my recovery that I started, occasionally, to give myself the benefit of the doubt.
Some situations were clear cut. My bouts of sensory overload were clearly due to my brain damage, as was my inability to remember the Italian visitor. But in some cases it wasn’t so obvious and in others, to my utter amazement, it had nothing to do with my issues.
During my second year after the surgeries, as Daniel and I walked into a restaurant, I was accosted by a woman I didn’t recognize. 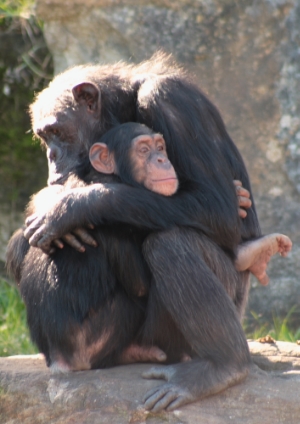 She hugged me fiercely. “How have you been? It’s been such a long time.”
I hugged her back. “Yes, it’s been too long.”
The bloody brain hadn’t hit this hard in a while–I had no idea who she was, no clue whatsoever. Someone from work? Someone I’d met socially? She obviously knew me well. Clearly, we’d spent time together, possibly fairly regularly. From dragon boating? A mother of one of the kids’ friends, perhaps from when they were little?
I played for time, hoping she would drop a hint along the way.
She released me. “We really should get together for lunch sometime.”
I smiled and nodded emphatically. Her gaze shifted towards Daniel. “Is this your son?”
She didn’t know Daniel.
She looked him up and down. “I would never have guessed they were brother and sister.”
She knew Sarah but not Daniel…so she couldn’t be from when they were little.
“He does look more like your husband. Sarah is the spitting image of you.”
She’d seen Bill, but may not know his name.
She glanced at her watch. “Oh, I’d better get going. I have to pick up my youngest, Jordan, from swimming.”
A vague memory tugged at me. A friend of Sarah’s who had a younger brother named Jordan… Brittany, Bethany, but I barely knew the mother. I’d merely exchanged very brief pleasantries with her…twice? It couldn’t be her.
As she walked out the door, she called, “I’ll tell Bethany you said hi.”
Daniel turned towards me. “Who was that?”
I shrugged and shook my head.
“Wait, you’re not really good friends?”
Sarah confirmed that it was Behtany’s mother and that I did barely know her.
At least this time, my confusion wasn’t completely due to the bloody brain.
While we’d been talking, it hadn’t occurred to me to question the woman’s sanity. Clearly, I must have been the source of any trouble. My lousy memory was at fault and it was up to me to struggle through and rectify it.
Self-doubt is the bane of brain injury survivors’ existence. I’m probably the one who remembers an experience incorrectly. I must have misheard or misunderstood because of my short attention span.
Though I am still plagued by self-doubt, I back down less than I used to. I am better able to believe in myself. I was sure that my memory of an incident was correct and Sarah was mistaken. And no, Bill hadn’t told me he was leaving town.