“If all goes well with the first craniotomy, the second will take place two days later. Otherwise, they’ll be six months apart.” The surgeon said. 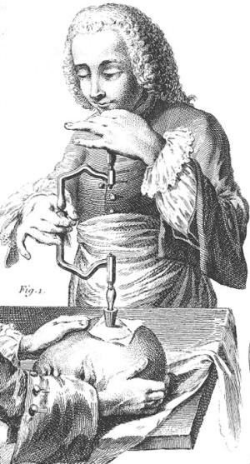 I wanted my life back. I wanted the surgeries to be over with as soon as possible. Six months seemed like an eternity. The thought of being trapped inside this nightmare an additional six months was… was— No. I couldn’t do it. Every time the notion popped into my head, my mind shied away from it. But I wasn’t allowed complete denial—deep down inside I knew that there was a distinct possibility that the firs craniotomy would not go smoothly.
A few hours after the first surgery, I suffered a grand-mal seizure, involuntary head shaking, animal-like grunting, thick slimy saliva oozing down my chin, and all. I was on the phone to Cindy as it was happening. After the seizure ended, I wiped the slime off my chin as I swore into the phone, “Shit, shit, shit, shit.”
I wasn’t upset about the seizure itself, though it wasn’t pleasant and the oozing saliva was truly disgusting. Nor did it scare me, though it was my first grand-mal seizure and I’d felt as if my body was taken over by an insane entity. I was however afraid that because of the seizure, the surgeon would decide to postpone the second surgery, that I’d have to wait six months to reschedule it.
Later that evening the neurosurgeon stopped by to check on me. “Do you feel up to going through with your second surgery?”
I nodded. “I’m ready.”
He smiled and patted my leg. “Then it’s a go.”
I didn’t realize until then I’d been holding my breath.