“I’ve hired Irina, Chad, and… ummm…” I shook my head. “Ummm… sorry, it’s not coming.”
A few minutes later, as we were wrapping up, the third name popped up to the surface. “Alexei!” I grinned. “So that’s Alexei, Chad, and…” Tom had to fill in the third name.
I have trouble with all types of list, whether it’s a shopping list, to-do list, or a daily list of activities. I can’t seem to remember more than two items at a time unless I consult the list or make a special effort such as chanting the items over and over again.
Since the brain surgeries, the number two holds a special meaning. 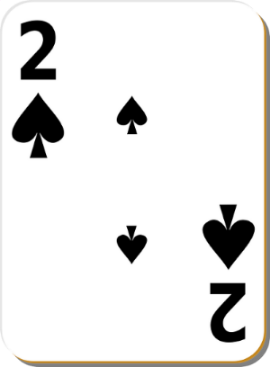 I have huge problems with task initiation. I just can’t seem to get started, whether it’s on preparing lecture notes, or diving into a promising new book. Though the consequences are the same, it is very different from procrastination. I can choose to procrastinate, but I have no control whatsoever over my issues with task initiation. It is as if there’s something inside me physically blocking me from getting started.

Of course, I experimented. He was right. Three items were too many—as much as I wanted to prove him wrong, I couldn’t bring myself to get started on any single task from the list of three. Two worked great.

My Pilates instructor was trying to help me with a particular exercise. “Place your feet here, keep your back straight. Don’t drive with your legs, it’s—” She lost me. I got the feet, and the back. But the legs— My brain couldn’t follow any more. “It’s not happening. Too much information.”

She nodded. “I had a group of brain injury survivors here once. I learned very quickly that I had to somehow fit instructions into two pieces. Three and I lost them.”

Driving directions are the same. “Turn right at the fork. Right after you pass the gas station make a left, then at the stop sign…” No matter how good or how clear the directions are, if they come in more than two steps, they are totally meaningless to me.

The GPS, on the other hand, never gives me more than two at a time. “Turn right in two miles.” I love my GPS.

Participating in more than two activities in a day is exhausting. It’s either the bank and the post office, or the bank and grocery shopping, not all three. Preparing for class and teaching, or holding office hours and teaching. I usually prepare my lectures at home, in the evening, after a nap.

Over the years, things have improved—occasionally, the number increases, to three.