I do a lot of fun thinking in the shower. I have a lot of “AHA!” moments with water streaming down my back. It’s often the place where I get unstuck on a piece I’m writing. It’s also where I find myself questioning myself and my world.
Today, I was thinking about electricity and I realize that I really don’t understand electricity the same way I understand Newtonian Physics. It’s just not tangible enough. 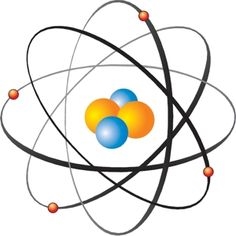 I learnt about electricity in college (and high school) and I understood the theory behind it. But really, when I think about it I only kind of got it. I see its applications in lighting, A/C, cars, phones, the internet, and the theory makes sense to me. But in fact, I can’t quite grasp how it works.
However, since the theory does make sense to me and the pictures are pretty, I can believe in the existence of electrons and electric currents, though I can’t see or feel them.
Take gravity on the other hand—I can feel the difference between the weight of a feather and that of a calculus book. I can feel the difference in the velocity when I press the accelerator in my car. It’s tangible, I understand it at a completely different level than I do electricity—there is less of a leap of faith involved.
I remember my father, a metallurgist, once telling me that he doesn’t quite get math, that he doesn’t understand why a given proof works. He told me that it was like magic, outside the realm where his reason lay. His statement took me completely by surprise. That was my first inkling that mathematicians just think differently than most people, processing data in an unusual combination of linear ans nonlinear thinking.
I have to wonder how many of my calculus students feel that the equations, theorems, and proofs I spew only kind of make sense? Perhaps, at some level, it’s like magic to some of them. Like electricity is to me.