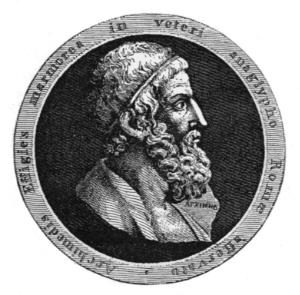 I don’t jump out of the bath, nor do I run around town naked. I don’t even take baths—I take showers. But this morning’s eureka moment, like Archimedes’, took place while I was relaxing under water, or in my case, a stream of water, a shower.
In fact, the vast majority of my eureka moments occur while I am showering. At first, I was not aware of the pattern. I’d stand under the shower head, hot water streaming down my body, luxuriating, when suddenly an idea would pop into my head. Usually it was about writing, an idea for an essay, insight into the story behind an essay I was writing, a synonym I had trouble finding.
It didn’t take long for me to recognize the pattern—whenever I stepped into the shower still mulling over an obstacle I was trying to overcome, a solution would present itself, usually by the time I was ready to step out of the shower.
I was struggling with an essay. I felt as if the story was a bit off, as if the focus wasn’t quite right. I originally thought it was about reclaiming my life after the surgery. Though I had a couple of relevant anecdotes lined up, it just wasn’t coming together. During yesterday’s shower, my mind roamed over the piece and suddenly it came to me that a Facebook post I had just read somehow belonged in the essay. After I got out of the shower, I sat down at the computer and wrote the anecdote in. But though I let it simmer all day in the back of my mind, I couldn’t figure out how it fit in with the rest of the anecdotes, what was the story that tied them together. I tried this idea and that, but nothing quite worked.
Once I recognized the connection between my showers and problem solving, I started consciously taking advantage of it. When I had trouble writing a particular piece and it was time for my morning shower, I’d consciously prepare myself for that eureka moment. I’d read over the piece and identify the problem, and by the time I was ready for my ablutions, I was primed to broach the topic. If my mind wandered off topic, I’d nudge it back.
This morning, before I stepped into the shower, I forced my mind to ponder the issue of the troublesome essay, and whenever my thoughts strayed from it, I coaxed them back on track. They didn’t need much coaxing—as I shampooed, they took hold and roamed around the subject. And by the time I was rinsing off, I had what I wanted—my story.
The strategy never fails.
Unlike Archimedes, I can’t assume that my epiphany will stay with me for more than a brief moment. Also, unlike him, I towel off before I leave the bathroom. Though in a hurry, I don’t dry myself as thoroughly as I usually do. And as soon as I’m no longer dripping water, I always rush over to my desk to jot a quick note, a reminder of my revelation, my story.