I peered through the airplane window, scanning, searching. When I finally caught sight of the beaches of Tel-Aviv, my heart skipped a beat. Trying to keep my excitement in check, I told myself that it would be at least half an hour before we landed, and more than two hours before we reached my parents house in Haifa. But to no avail.
I hadn’t felt this way since I moved from Israel to the U.S. when I was twenty four years old; neither when I flew back to Israel for visits, nor when I returned to the U.S.. Until my first trip to Israel since the surgeries, in May 2012.
On the ride from the airport to Haifa, I found myself claiming ownership of the land as I hadn’t in many years, taking pride in the glorious view and the landmarks. During that trip, among strangers I discovered my people. We spoke the same language. In conversations, I picked up on most of the nuances and knew all the unspoken references, as I hadn’t since I came to the U.S..
On that trip, I learned that Israel was my foundation, my frame of reference. Israel was my home, is my home, and always will be my home.
“Who am I?” is one of the most common question asked by brain injury survivors. Who have I become? What has changed? What has remained the same? I too have asked these questions. Ever since the surgeries, I have been on a journey to understand this new person I have become.
Until my 2012 trip to Israel, I searched for answers without direction. I had no idea where to start. When I fully digested the implications of the visit, I realized that finding my home was merely the first step—to understand the present me, I had to look to my past.
Since the surgeries, in my unfocused search, I’d been reconnecting with people from my past. Through Facebook, I found Danny and Avri, my best friends in high school, and from there I branched out, to Doron, Anat, Tali, and Mike. 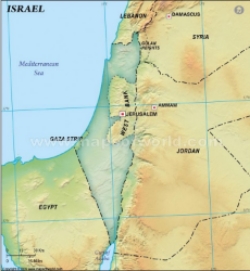 Now that I had a direction, after the 2012 trip, I put more effort into renewing friendships. I reconnected with classmates from high school and elementary school, Avishay, Sefi, Smadar, and Anat.

When Facebook notified me of Sefi’s birthday, I idly wished him a happy birthday, unknowingly setting a ball rolling. In response to my wishes, Sefi suggested that we meet up with some other classmates during my next visit.

My next trip to Israel took place in 2014, a mere fortnight ago. I saw it as my chance to come face-to-face with my virtual friends, to delve into our past. This visit was about looking for links between my past and the present, my present.

Sefi, as promised, organized a reunion for our classmates in elementary school. I searched their faces, both familiar and unfamiliar. I remembered facial expressions and mannerisms, but the voices and the shapes were different. At first, as if correcting double vision, past and present seemed separate, but as the evening progressed the links between them brought them closer until they overlapped.
As we spoke of our lives since our school days and dredged up memories, I felt an awakening, as if doors in the recesses of my mind were opening, letting in fresh air, dispersing dust.
The reunion was only one of several such encounters during my visit. The first, and briefest, took place at the airport upon my arrival, when I came across Ze’ev, a friend from high school.
The most intense meeting was over dinner with my first husband, Amir. About a year ago, we reconnected and rekindled our friendship via email. We talked about meeting in person on my next visit.
When Amir fetched me to take me out to dinner, there was a touch of awkwardness to our hug. At the end of the evening, we hugged once more. This time, I held nothing back.

Meeting my classmates, my evening with Amir, my brief exchange with Ze’ev, were all magical—I am looking forward to my next trip. What will it bring?