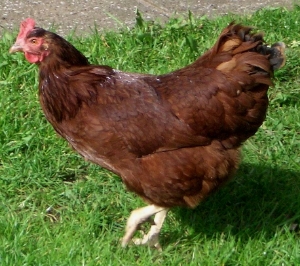 “I literally used to think that chickens have nipples.”
I raised my eyebrows. “Well, of course they do. They have breasts, don’t they? They have lips too. Yum. Provided they’re deep fried, of course. A bit rubbery otherwise.”
Sarah rolled her eyes at me. “Oh, Mom.”
The days when I could mess with my kids’ heads are long gone, though I still try. After all, it’s a well-established tradition in my family.
By the time my much younger sister, Rachel, started talking, my brothers and I were teenagers. When she was learning her alphabet, I decided to help her out.
“It’s not c, it’s kee, you say cat, not sat. Same with g, it’s ghee, like goose. And it’s not double u, it’s wubble u.”
She never quite believed me, but as long as I could detect an element of doubt in her, I felt obligated to continue with the farce.
My younger brother was more successful. He had her believing “in-ancient-times” was a swear word. She swore at him often, especially when he teased her. She’d scream at him, “In ancient times, Simon!”
But Mum was the most persistent one in the family. Growing up, she taught me many a “rude” song. She also taught me “rude” limericks, including my favorite:
There was a young lady of Barking Creek,
Who had her monthlies twice a week.
“How very provoking.”
Said the Bishop of Woking,
“There’s no time for poking, so to speak.”
But when it came to the Scottish ballad “The Road to the Isles,” she wouldn’t teach me the words. No matter how many times I begged her, she’d smirk and shake her head. “It’s very rude.”
To this day, she refuses to teach me the words. Knowing her, I suspect it’s not really rude, but there’s still an element of doubt in my mind. However, I can’t bring myself to Google it—I wouldn’t want to spoil the fun.
Do other families mess with their kids’ heads as much as my family does?